Uncover the best sights with a local guide on the Bucharest Old Town Tour.
Bucharest is a city that was marked by many wars, foreign occupations, fires, earthquakes, plagues and violent regimes.
Learn about the bloody times of Dracula, the Paris of the East and how Communism mutilated the city.

See the highlights from downtown Bucharest

Find out everything about Vlad Dracula

Go off the beaten path to visit some hidden spots

Learn about the greatest buildings from the communist
regime in Romania

Private tour – only you and your friends or family

Traditional Romanian souvenir for each participant

Old Town Bucharest Tour start in the biggest square – Piata Unirii. Here the lives of 50.000 people dramatically changed in the 1980s, when the Dictator Nicolae Ceausescu decided to build the Palace of the Parliament.
Moreover we will admire the wide avenue leading to the colossal palace and hear the shocking tales about it.
Next, we will walk in the Old Town of Bucharest, on the steps of the most gruesome character in history – Vlad Dracula.
Additionally, in the nearby Manuc’s Inn learn how Bucharest evolved at the merger between the East and the West.
Later, we will show you an eclectic mix of buildings like the National Bank of Romania, the Stavropoleos Monastery and the Villacrosse Passage. Besides, you will surely be charmed by the lively atmosphere in this quarter.
Afterwards we will walk on the avenue where kings had their daily strolls – the romantic Calea Victoriei.
For example, superb Belle Epoque structures like the CEC Palace, Grand Hôtel du Boulevard or the University Library can be admired here.
In contrast, a stop in the Revolution Square will make you understand the harsh communist oppression and the control this regime had over people’s lives.
Tales of incredible achievements, but also about hunger and food rations will be told, aided by photos from those times, for a more dramatic effect.
To conclude the private tour, we will explain about the bloody revolution in December 1989 and the ultimate downfall of the Dictator Nicolae Ceaușescu.

Dear guests!
Our policy is to offer the best quality tours at the most competitive prices

For groups bigger than 8 people, please contact us for a personalized offer 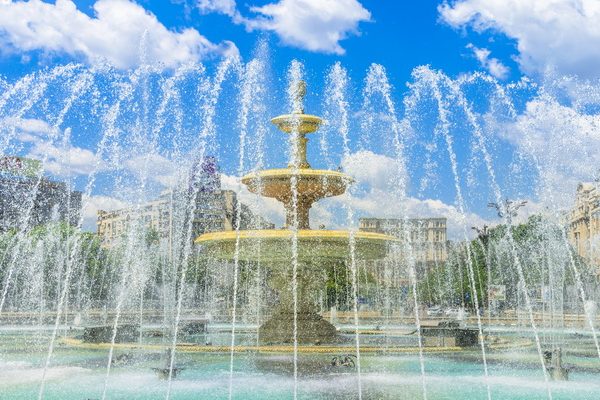 There is no gallery selected or the gallery was deleted.